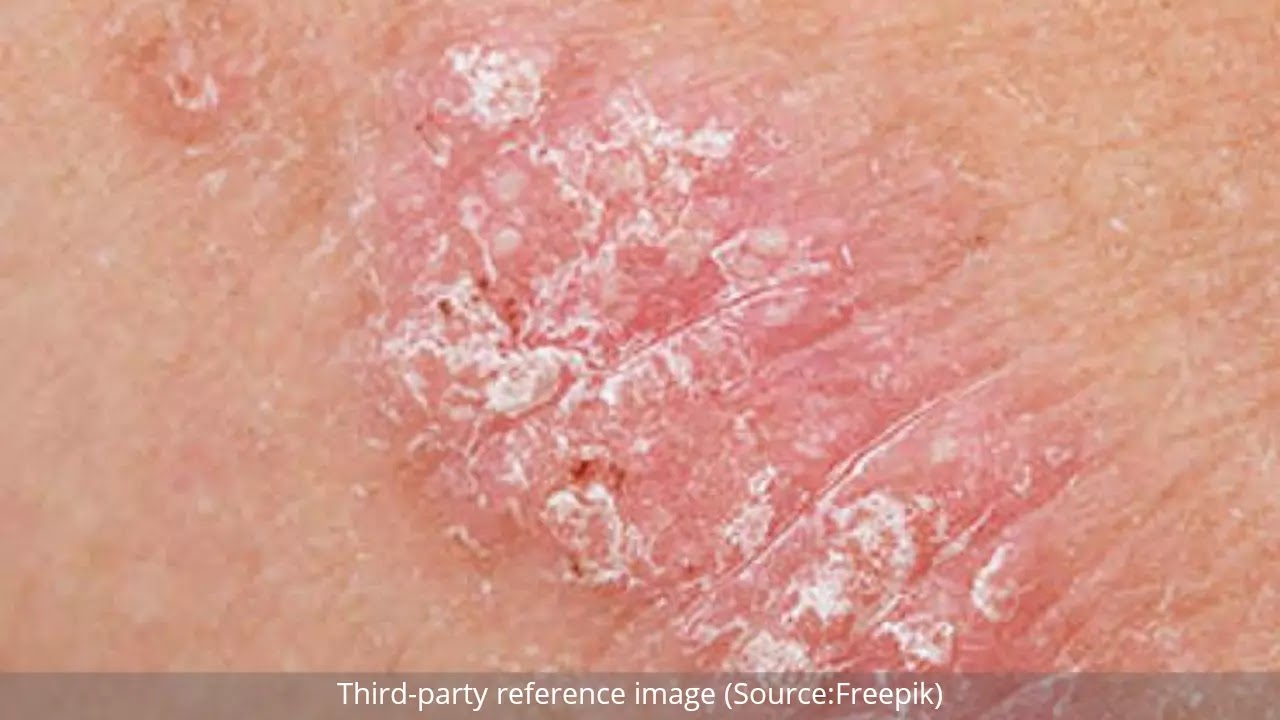 Psoriasis is a chronic, inflammatory autoimmune skin disease, which causes cells to develop rapidly on the skin. This overgrowth can lead to thick, scaly plaques that may itch or cause discomfort.
While any part of body can be affected, psoriasis plaques most often develop on the elbows, knees, scalp, back, face, palms, and feet.

Signs and Symptoms of Psoriasis

Psoriasis signs and symptoms are different for everyone. Common signs and symptoms include:
Psoriasis patches can range from a few spots of dandruff-like scaling to major eruptions that cover large areas.
Most types of psoriasis go through cycles, flaring for a few weeks or months, then subsiding for a time or even going into complete remission.

There are several types of psoriasis. These include:

The cause of psoriasis isn't fully understood, but it's thought to be related to an immune system problem with T cells and other white blood cells, called neutrophils, in your body.
T cells normally travel through the body to defend against foreign substances, such as viruses or bacteria. But if you have psoriasis, the T cells attack healthy skin cells by mistake, as if to heal a wound or to fight an infection.
Overactive T cells also trigger increased production of healthy skin cells, more T cells and other white blood cells, especially neutrophils. These travel into the skin causing redness and sometimes pus in pustular lesions. Dilated blood vessels in psoriasis-affected areas create warmth and redness in the skin lesions.
The process becomes an ongoing cycle in which new skin cells move to the outermost layer of skin too quickly - in days rather than weeks. Skin cells build up in thick, scaly patches on the skin's surface, continuing until treatment stops the cycle.
Just what causes T cells to malfunction in people with psoriasis isn't entirely clear. Researchers believe both genetics and environmental factors play a role.

Anyone can develop psoriasis, but these factors can increase your risk of developing the disease:

If you have psoriasis, you're at greater risk of developing certain diseases. These include:

Psoriasis affects 2%-3% of people throughout the world. Worldwide, psoriasis is most common in northern European and least common in eastern Asia.