Barley Water a Healthy Drink with Many Benefits

Barley water is a drink made from water that has been cooked with barley. Barley water is a healthy, nutritious and conventional drink. Barley is widely grown cereal grain that is low in calories and rich in fiber, molybdenum, manganese and selenium. It also contains high amount of copper, vitaminB1, chromium, phosphorus, magnesium and niacin. Barley water is consumed in some culture's for health benefits. 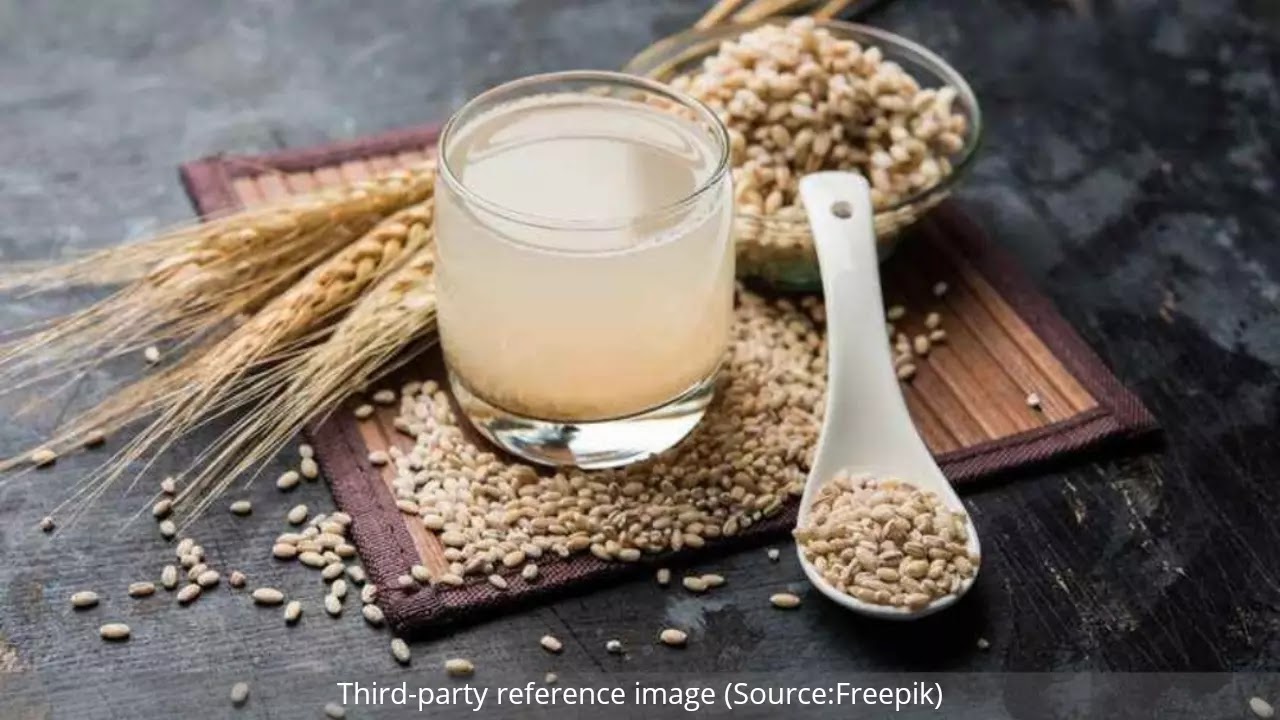 Barley water is a healthy, nutritious and conventional drink made from water that has been cooked with barley.

Where, barley is widely grown cereal grain that is low in calories and rich in fiber, molybdenum, manganese and selenium. It also contains high amount of copper, vitaminB1, chromium, phosphorus, magnesium and niacin.

Here are some health benefits of Barley water.

Drinking barley water regularly helps to eliminate toxins from the body and it's system. The process of detoxification is stimulated by beta glucans those are group of sugars present in the cell walls of barley. It also helps to cleanse the body internally.

The presence of a compound called azelaic acid helps to treat acne.The property of antioxidants fight with free radicals and reduce the signs of aging ,gives a clear and glowing skin. The presence of selenium helps to retain the elasticity of the skin. Barley also controls oil secretion and has antiinflammatory property.


3. Rich in Vitamins and Antioxidants

Folate (a B vitamin), iron, copper, and manganese are all found in large amounts in barley water. The antioxidants in barley water contribute to its many other health benefits, because they enable healthy cell growth while getting rid of the free radicals that cause oxidative stress on your organs.

It is one of the best summer drink which keeps the body hydrated with low fat.

The unstrained barley water helps to keep the digestion more regular due to the presence of fiber. Due to good digestion, it stimulates the metabolism of fats and regulates the appetite by the slow process of digestion which can contribute to weight loss.

The presence of fiber in barley water suppress the absorption of LDL, triglycerides and antioxidative property reduces the oxidative stress on heart. This lowers cholesterol and keeps the heart healthy.

By drinking a cup of barley water high in digestive fiber which improves digestion.It helps in treating constipation, hemorrhoids and gastritis.

Barley water contains iron which helps in production of haemoglobin due to which anemia can be cured.

The presence of vitamin B and magnesium in barley helps to break down the toxins and stones present in kidney, fiber reduces the amount of calcium. Urinary tract infection and formation of kidney stones are prevented by maintaining pH level in alkaline state. Diuretic property of barley water eliminates the toxins that are produced from kidney.

The antioxidant property of barley water inhibit tumour growth. The fibers present in barley eliminates the toxins by maintaining the regular digestion.

In addition to the free-radical fighting properties of barley, and the vitamins and minerals in barley, barley water can support your immune system in another important way. When you flavor barley water with citrus (like lemon rind or orange peel), you’re giving your drink a supercharge of vitamin C that makes it even more beneficial for your health.

Side Effects of Barley Water

The excessive consumption of barley water which contains soluble dietary fibers cause:

Barley to be used
Ingredients
Method
You can use ginger, cinnamon, cumin seeds and other spices, or orange juice to enhance the taste. The leftover grains can be used to make cereals, salads or a thickening agent for curries and smoothies.
Note : Don't consume more than two cups/day. Don't use barley without soaking and cooking.